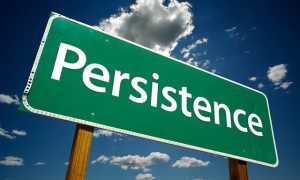 The superpower most entrepreneurs have is “persistence”.  That single minded drive to push forward no matter what difficulties and challenges are thrown at them. Without this persistent attitude and actions entrepreneurs will eventually crumble and do something else.  The post office seems to always be hiring.

Blind and passionate persistence works… Until it doesn’t work.

But how can you know when it’s time to “pivot” or redirect your persistence? When is the right time to quit and try something else or radically change your path?

There is no substitute for a really great business idea that gets you excited. The best ideas are those that no one else believes in but you.  Think about what it was like back in 1976 when Steve Jobs and Steve Wozniak started talking about small computers for everyone to use in a world of mainframe computers. Few people could see the vision the two Steve’s had for personal computing.  Even, Ronald Wayne, one of Apple’s original founders who had 10% stake in Apple sold his shares back for $800 in the early days of the company. He just did not believe. Today this shares would be worth somewhere around $100 Billion. 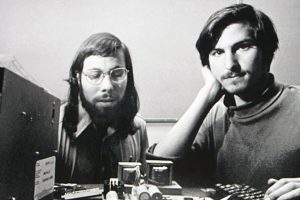 Persistence paid off for the two Steves. Not just in dollars but the redefined the way people looked at and used personal computers.

But when might it be time to give up or pivot your startup idea? And… What one thing has been distorting startup logic for that last few years?

Only you can decide when it’s time to bail on your idea. Here is a checklist to help you identify some possible things that may indicate it might be a time for a change: 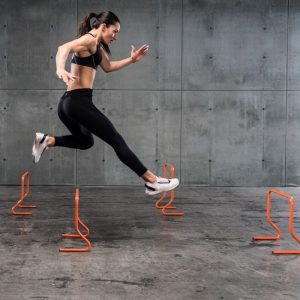 This basic list of things to consider should get you started on the path to exploring if your persistence is getting in your way.

The worst case is not bailing or pivoting your startup. In my opinion then worst case is spending too much time on something destined for failure instead of releasing yourself and you team to find and develop what could be the next big thing.

Unfortunately I have seen the ease of continued startup fund raising without company profitability as a distraction for many companies. Sure the paper valuation increase and pizzaz of a big raise can feel good but raising money without profitability over many years can be a timebomb… And some day you will be caught holding the bomb when it goes off.

WHAT’s NEW?
WHERE WE ARE