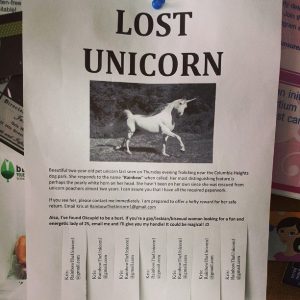 A recent New York Times article documented the current woes former Unicorn Evernote is suffering through. One big indicator of potential collapse is that the company has had three CEOs since 2015. Without a good solid leader, a company will have a hard time even treading water.

So this is sort of an open letter to the current Evernote CEO and could be a four point guide for any early stage company experiencing a bit of stagnation or less than desired growth.

Full Disclosure… I was an early Evernote user and pay the subscription fee because I believe in supporting great software. I am certainly an Evernote fan.

A quick history… Evernote first launched in June of 2008 about a year after the first Apple iPhone release. The unique innovation was that notes entered on any supported device ( SmartPhone, PC or soon to be released iPad) were kept in the cloud and could be viewed and modified on any of your devices.. No need for multiple applications and worry if everything was synced. It all happened automatically. Evernote gained traction by being featured on many devices and used a freemium model to gain traction. The company now has over 150 Million users but is having a hard time growing at its former pace. Recent upper management defections and repeated staff cuts are not helping things.

So what if Evernote is losing momentum?

The unfortunate downside of a company nearing collapse is that it will be very difficult to attract the kind of talent needed to reverse the trend. Especially in an environment were new Unicorns pop up every week and the most talented people will gravitate to the hottest new thing. Think AirBnB, Slack and UiPath,

Also… Evernote was the first to market but now there are eleven competing products so people have choices. Companies like Microsoft, Google, and Dropbox have all entered the cloud based note space. Not a good sign.

What four things could Evernote do to turn things around? (and how can any early stage company learn from these?) 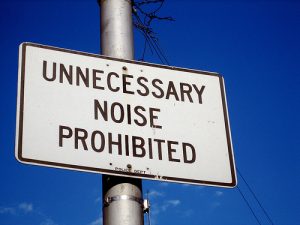 1) Get away from the noise.

When things are going well investors and board members love top management. They are your best friends. Times are good and you can do no wrong. But when growth slows and you don’t hit the numbers, everyone becomes an expert and does not shy away from giving you advice. Or worse, second guessing all your decisions.

Get away from the noise… Stop listening to outside investor types for one year. Ask them to give you the space to make transformational changes to the company. Then ask them to either trust you or fire you. Believe me if your board is not ready to let you run the company the way you believe will make a difference, then you will be happier if you leave the company.

Then go dark… No news, preannouncements, or strategy leaks. Complete quiet. This will increase anticipation for where you will take the company in the next year.

But when your year is up, you need to deliver and do it with a splash…

2) Where have all the happy dedicated users gone? 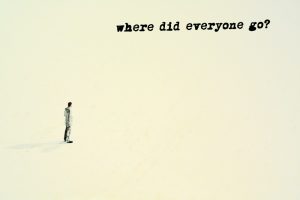 Find out why people don’t use Evernote and find it an essential part of their life. I don’t understand why everyone doesn’t use Evernote. I installed it on my three Children’s laptops and phones before they went away to college six years ago. Now my kids are done with collage and out in the work world… And, they do not use Evernote. Never did. Why?

Years ago I installed it on my wife’s computer and phone. Even though we have some shared note sections (Travel, recipes, etc…), she just does not use it. Why?

Answering this essential question with the right technology and marketing/messages will drive Evernote to the next level.

Yes, I am talking about a good solid round of smart Design Thinking. From fresh research to live prototype testing. Initial key questions need to be answered such as, “how are people keeping track of notes now?” and “is there some user installation or user interface issue that is a roadblock for some users?” Why aren’t more people using Evernote? 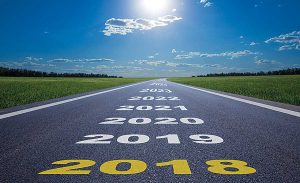 I don’t know Evernote’s answer to this but the answer will certainly be the difference between survival and painful demise.

Example… If Evernote is still doing most of their software development in the San Francisco Bay Area, their strategy is perfectly matched to the 20th Century. Forward thinking 21st Century companies will do most of their development in company ran offices in places where awesome hard-working talent is available for a fraction of the price of the Bay Area. More talented programmers to attack company technology ToDo lists faster and for a fraction of the money. This is formula for 21st Century technology dominance. If you aren’t doing this you can bet your competitors are being smart and leveraging global assets.

4) What is the company really about? Why should people care?

What is Evernote really about today and for the next 5 years? This is the vision stuff. The world has changed in the last eleven years but has Evernote’s view of the world and its users needs changed?

I know the users and devices have changed over the last decade but has the company moved from its early adopter centric view of the world? Are they delivering what users really need and want?

When you dig into Evernotes real core, I think the company is about helping people improve work/life productivity. This should inform the company’s strategy for squeezing more revenue out of their current 150 Million users.

Evernote could be an awesome platform. The company should be getting more out of it.

With a 150 Million people focused on business and personal productivity there is a multitude of add on products and services that could provide some extra value. I’m not talking about creating products on their own… Through creative outreach to their user base with newsletters, weekly tips, and other vertical interest content Evernote could build deeper relationships with their user base and with calculated data gathering learn what people are truly interested in.

In case you are wondering there are only 101 Million Amazon Prime members and look at the business they have built.

One way to use Evernote’s huge user database would be to create a business incubator/accelerator for products/services matched to Evernote’s user profiles. We all know that the most difficult thing for early stage companies is getting traction at a reasonable cost. This Evernote Accelerator could use what they know about their users to recruit entrepreneurs to create products/services based on user data then launch those product/services on the Evernote platform. 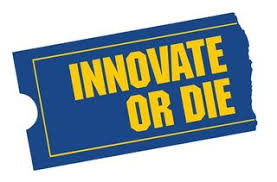 The interesting classic lesson from the past what how Yahoo! (remember them) took an early position in Alibaba. Now Yahoo! is part of Verizon and Alibaba is around $450 Billion.

Let me leave you with this… If Evernote does not innovate again someone else will… Think about how FaceBook, Google, and Amazon were not new services. They just solved problem others had solved but did it better.

Yes… This is a case of Innovate or Die.

WHAT’s NEW?
WHERE WE ARE